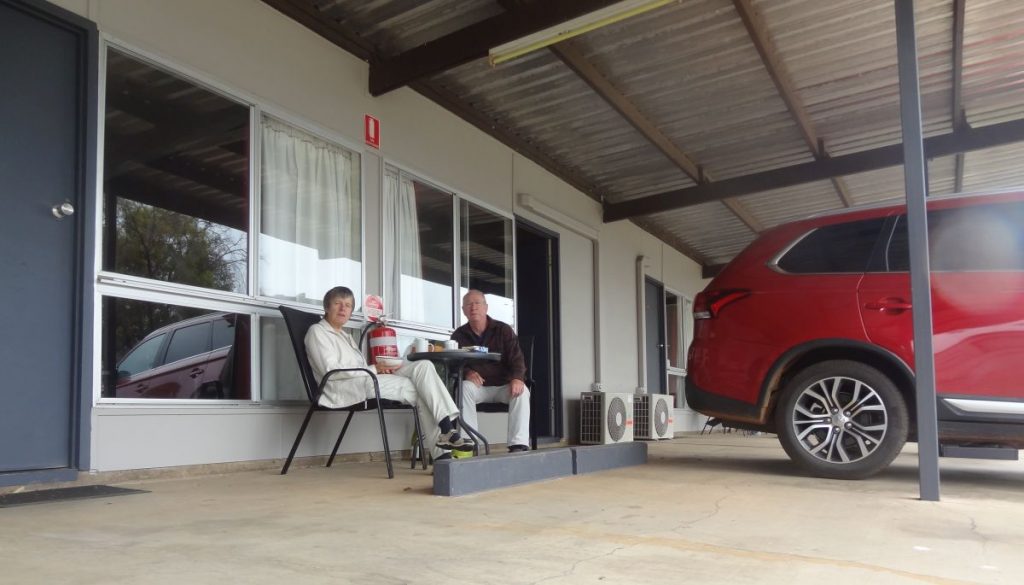 Here we are sitting in front of our „fancy“ Motel in Blackwater (having breakfast – muesli as mostly). Yesterday, we were quite lucky with the weather – today it is back to rain again. It rained for at least 12 hours until (when going back to Rockhampton and further on Northwards to) Rosslyn Bay, our goal for today.

The motel we had in Blackwater, the „Discovery Park“, is mainly used by seasonal workers in the coal mines in the surroundings. But, as Canavon Gorge is closed, some tourists come here as an alternative – as the friendly guy at the reception told us. People are very nice here but you have the feeling that it is in the middle of nowhere.

We tried to fiend out a bit more about the coal mining here but without any results: we tried to get a glimps of the mining activities but all roads end in private property of the mining companies and are prohibited for outsiders.. The rains with their immense amount of waggongs are also running on week-ends. Due to some work on the rails a traffic jam resulted at Bluff for several trains.

Moreover, the Australian coal mine museum next to our motel was also closed on week-ends. On the other hand the coffee shop in the museum opens at 4.30 a.m. during the week (not our time). 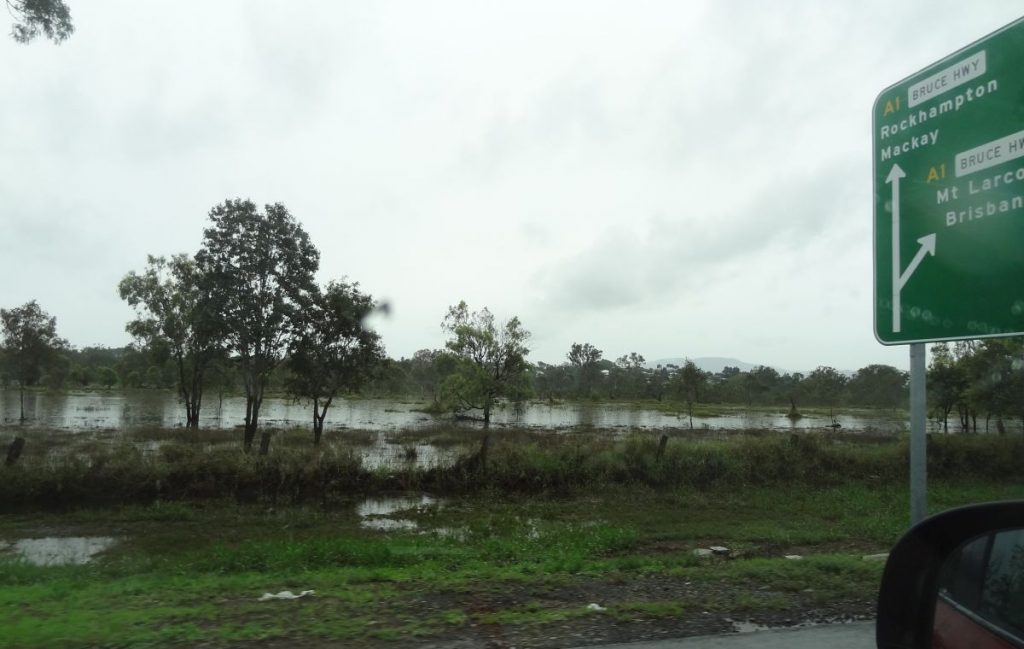 We drove back the 160 km to Rocky (as Rockhampton is called here) in the pouring rain. The result is seen in swelling creeks and rivers – here the Fitzroy River (in the picture). Hopefully, the train connection to Brisbane will no more be distrupted…. 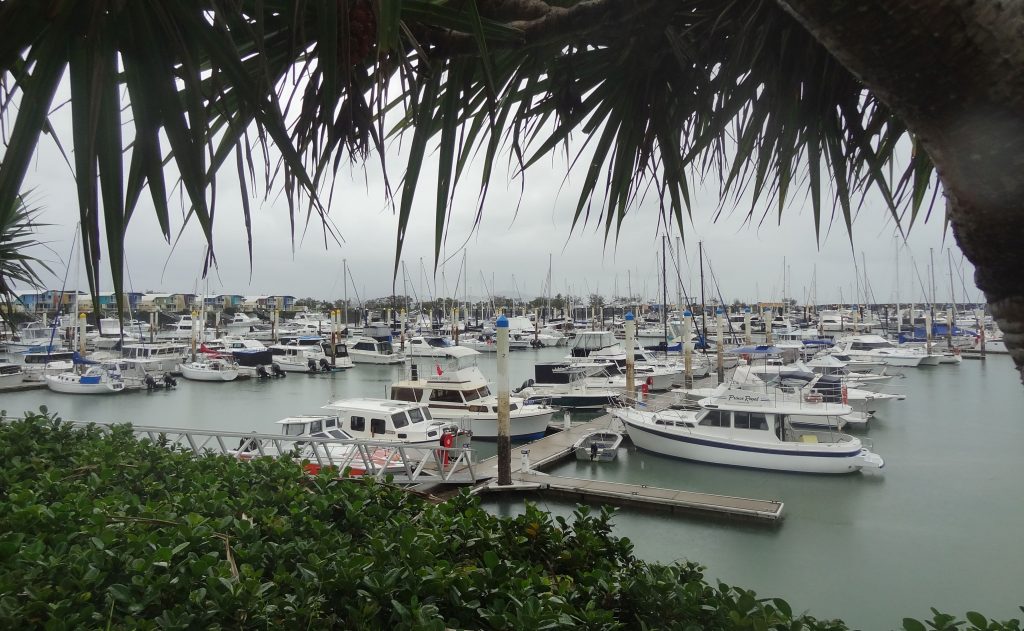 From Rocky we continue to Rosslyn Bay (North, on the coast), where boats to „Great Keppel Island“ leave. We intend to spend one night on the island, despite of the ugly weather forecast before returning to Rocky.

We don’t know how the internet connection will be on the island. So, if not, we will continue on Monday…