This morning we drove through whole Melbourne to the district South Yarra (that’s South of the river Yarra) to fetch to camera, Wendelin bought via internet , more precisely the Australian  webside Gumtree .

And here is our seller who brought a camera which is quite some years old – although said to have been used only 3 months. Well, we bargained and we took it- so we have another camera now and can show good pictures again. 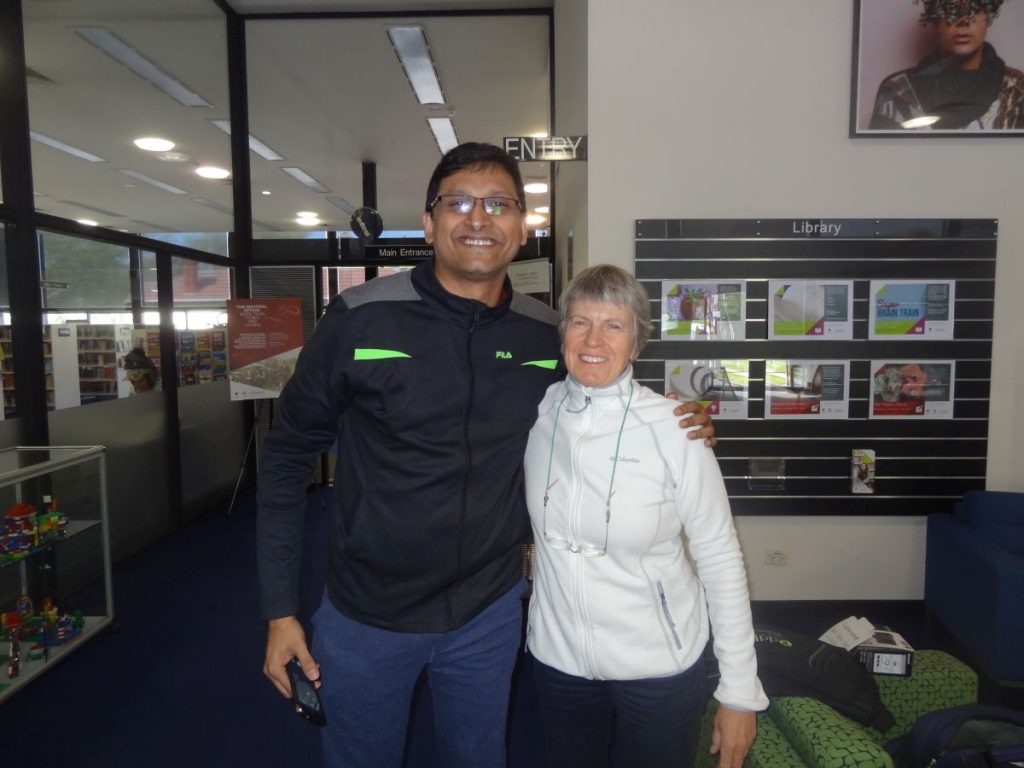 Afterwards, we looked for a regular parking place – not so easy in big Australian towns. But we found a reasonable priced underground car park – and in the ticket machine a used ticket still valid for the whole day. That was luck.

From South Yarra we now want to take the tram downtown. This is only possible with a MyKi-card of the Public Transportation. That’s a card with a NFC chip that can be credited. We book for 2 full days, 6 AUD each, plus 6 AUD for each card – not a cheap thing.

But then tram 58 brings us downtown. We try to take the old tram circling downtown. But there were traffic distrortions – so we refrained and took another tram.

We stroll through the big shopping malls in CBD (Central Business District) – a tiring thing to do. 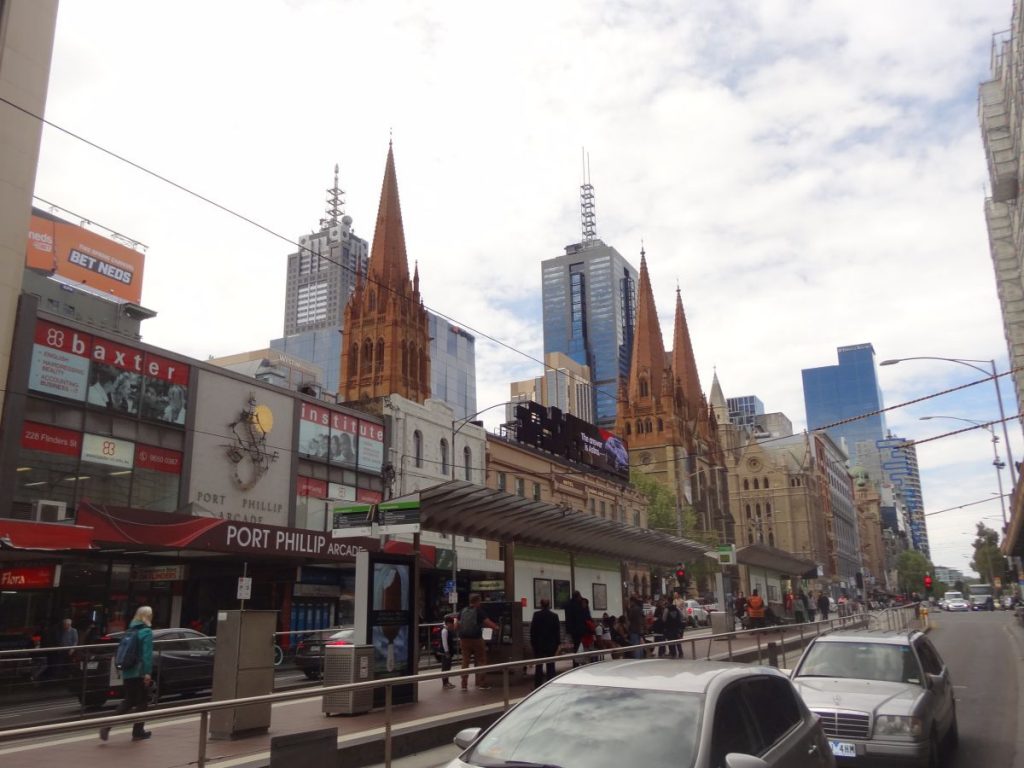 Some of the malls are spectacularly linked to old building or part of them – as here in the old railway station. There is a big tower in the middle with a glas roof over it. 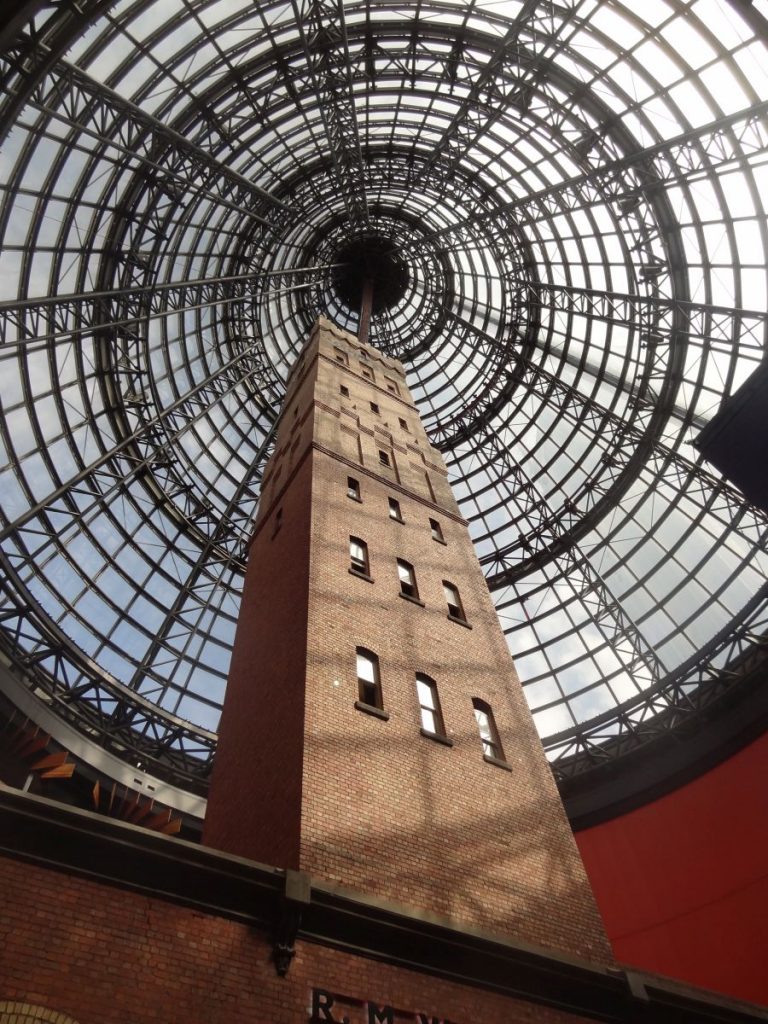 The skyline if the CBD is „impressing“ every architect had his chance.

And this is the view from the Docklands whcih we visited after buying a spare accu and a gift. 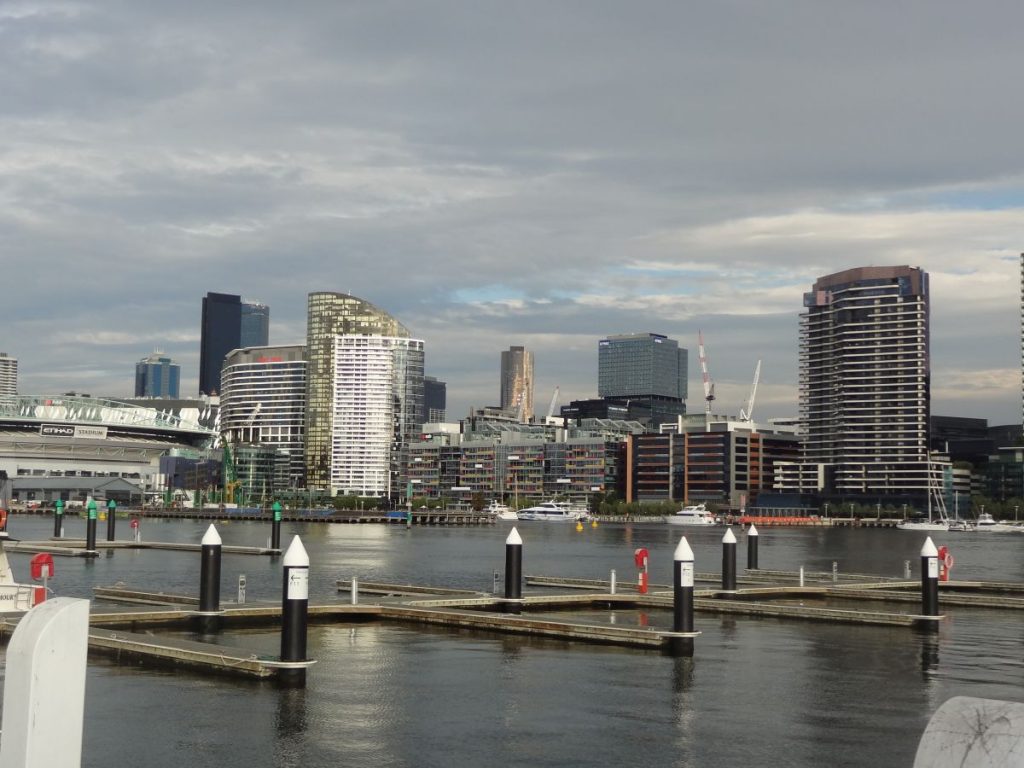 Towards the end of the days we stroll from the Docklands, where heaps of giggling and trendy dressed girls drink champain, to the street restaurants in the center. Follwing a hint from our host we get the last table at Max in Hardware Lane, a good Italian one. And indeed the risotto and  tagliatelle a la pescadore – were very good and reasonably priced.